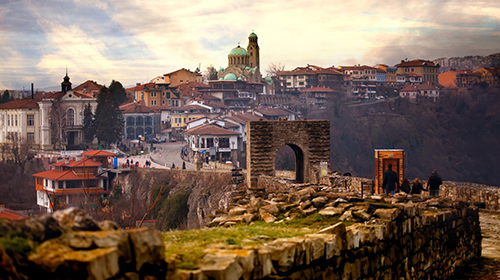 Bulgarian Republic is a country in Europe. It is situated in the eastern part of the Balkan Peninsula and occupies 22% of its territory. It has an area of 110 910 km² and has a population of around 7 640 000 people (2007). Capital of the State is the city of Sofia. Bulgaria borders the Black Sea to the East, Greece and Turkey to the South, Republic of Macedonia and Republic of Serbia to the West, and Romania to the North.

The Bulgarian state is located in Southeastern Europe and leads its beginning from 7 century, where the first Bulgarian state (632/681-1018) was created. The State plays an important role in the distribution of Christianity, literature and culture among the peoples of the Eastern Europe. Most tourists turn to our winter or summer resorts in accordance with the season. Prospects for developing the tourism in the country are large, as the country has the potential because of its natural, cultural and historical landmarks.

Bulgarian lands are inherited some of the most ancient treasures in Europe. For example, Varna treasure of V millennium and the beginning of the IV millennium BC, belonging to the Varna culture, is the oldest processed gold found, not only in Europe but also is one the oldest in the world. During the II millennium BC the Balkans are populated by the Thracians, among which are distributed dolmens, mounds and image of the Thracian horseman.

One of the oldest Bulgarian cultural monuments –Madara Horseman (VIII century) is listed in UNESCO’s World Heritage(UNESCO). The first Bulgarian capital was built on the Romanmodel with a strong fortification wall surrounding the palaces, churches and temples, baths and other public buildings where elements from Central Asia and Middle East are intertwined.

Bulgarians have many distinctive rituals and customs derivedfrom a combination of pagan and Christian beliefs about the world and the Universe. They are usually arranged in calendar order.Fire dancing is a dance barefoot on coals, but it has religious meaning. Fire dancers are theguardians of hidden knowledge. The custom is now the most authentically preserved.

Welcome to Bulgaria - feel the magic

How can we help you?

We use cookies to ensure that we give you the best experience on our website. If you continue to use this site we will assume that you are happy with it.Ok